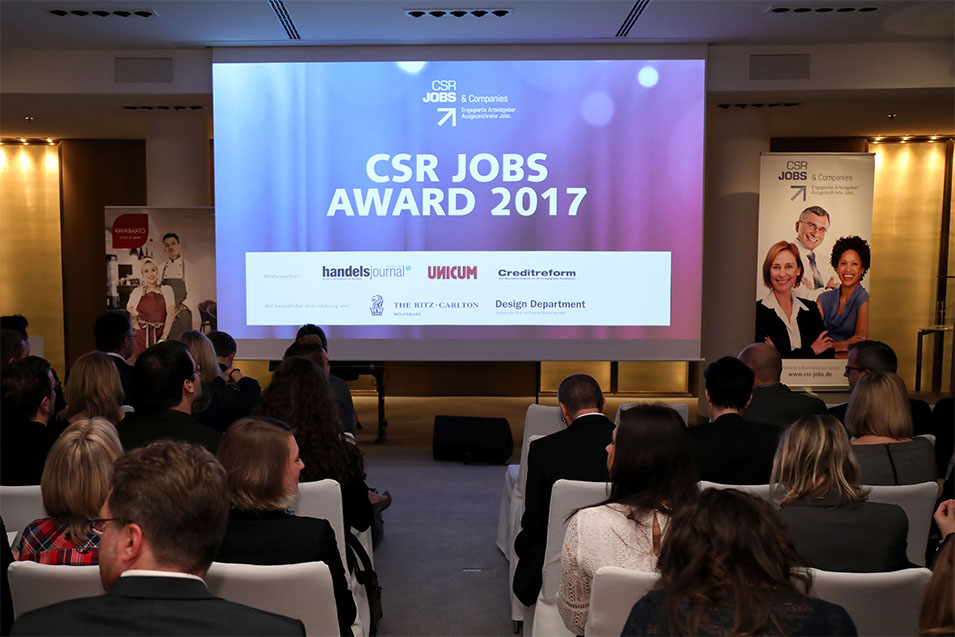 Inspirations from the CSR Jobs Award 2017

“This is where I like to work – my employer of choice with responsibility”– this was the theme of the fourth CSR Jobs Award in Wolfsburg on Monday 13 November. SSC was nominated in two categories this year: On the one hand, in Our Family Culture, an area in which SSC was able to win a prize as early as 2015, and on the other hand in Our New Work Environment.
Unfortunately, despite this double nomination, it was not enough for an award this time. Of course, we are somewhat disappointed that we are going home without a prize, but the nominations are also a confirmation of our commitment to Corporate Social Responsibility. In addition, we will be taking a lot of inspiration for the future from this evening, because the issue of employer responsibility will also play an important role for us in the coming years,”says Managing Director Matthias Stroezel.